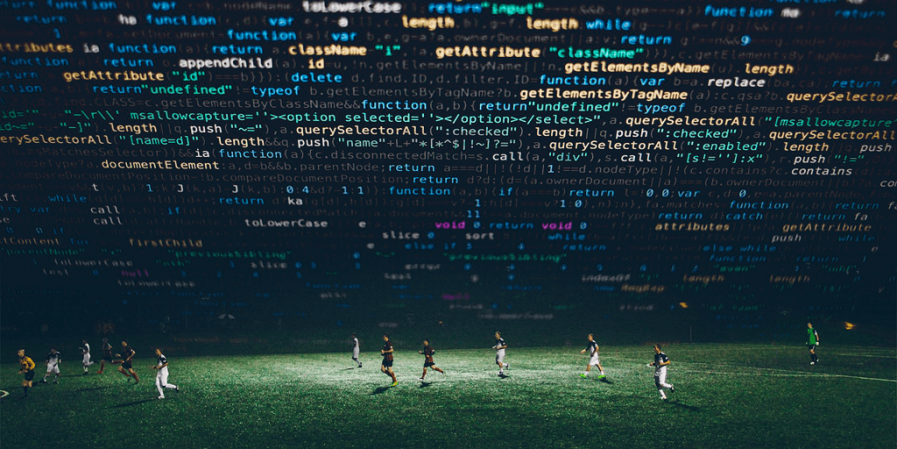 *Note – This series includes a handy Excel spreadsheet that covers all the theory and corresponding Excel formulas (download link in part 2). By downloading this Excel spreadsheet you can immediately apply everything you have learned and start predicting football matches correctly right away!

► How to predict football matches with Poisson?

Let me start with a definition: the Poisson distribution is a probability distribution that can be used to measure the likelihood of different events to occur within a certain interval of time (e.g. the number of goals scored in a game of football).

Now the above definition is very simple, but how does this relate to predicting football matches? Well, suppose that we expect Manchester City to score 2 goals in their next game. By using the Poisson distribution we can easily calculate the probability that Man City will score 1 goal (27%), 2 goals (27%) or 3 goals (18%). Further, if we would also know that their opponent (let’s say Man Utd) is expected to score 1 goal, we can derive the probability for a Man City win, a draw and a Man Utd win as well.

As you can see we can break the above down into three parts:

In the first article of this two part series we will focus on step (1). In part 2 of this series we will find out how to calculate step (2) and step (3). After completing this series you have learned how to accurately predict the outcome of football matches. The theory of this series gives you a wide range of betting markets to predict. This includes the Correct Score, Over/Under and Match Odds markets.

Think of this: Crystal Palace scored a spectacular amount of 8 goals in their last two games of the 2018-2019 season. Although this is pretty impressive, do you expect this performance to correctly reflect their future performance? Generally, a mid-league team like Crystal Palace won’t be able to maintain an average of 4 goals per game throughout the season. If we opt for a longer data range (at least 10 matches per team), our predictions will be more balanced and should better reflect the true strength of Crystal Palace.

The data range used for this guide consists of all games played in the 2018-2019 Premier League season. That is a sufficient sample size for predicting football matches. I have gathered the data from WhoScored, but there are many other good recources for football statistics as well.

► Research – How strong is Man Utd at home?

The first step is to calculate the average number of goals that Manchester United scored and conceded during their home games in the 18-19 season. This is a very straightforward calculation.

Based on the above statistics we can easily calculate the strength ratings for Manchester United. Note that the below formulas make use of the three variables that we have defined above.

As you can see average number of goals scored and conceded by the Mancunians is 1.74 and 1.32 respectively. Interesting, but … these numbers are meaningless without the context of other teams. Therefore, we quickly move on to the next step: calculating the attacking and defensive strength ratings for Manchester United. In order to do this we should compare the home match performance of Man Utd with the other Premier League teams.

► How to calculate strength ratings of football teams?

Calculating the attacking and defensive strength ratings for Man Utd is very straightforward as well. We can simply do this by dividing Man United’s average goals scored/against (above formulas) by the Premier League averages. The corresponding formulas are shown below, and are similar to the ones that we have seen above.

We can use the above numbers to calculate the strength ratings of Manchester United:

The strength ratings of Man Utd indicate that the club has scored (+ 11%) and conceded (+ 5%) more goals at home than the average Premier League team. This indicates that their offensive strength is above average. On the contrary, their defense performs relatively poor for a club like Manchester United.

► Next – How strong is City away from home?

As you can see from the below image, Manchester City scored 60% more goals away from home than the average Premier League team. Their defensive strength rating is even better (- 63%). Man City is the strongest away team in the Premier League, although Liverpool shows spectacular numbers as well. Again we can observe that Huddersfield is ranked among the worst teams. It is no surprise that they have been relegated last season.

After calculating the strength ratings for both teams we can predict the expected number of goals scored by both teams in the Manchester Derby. However, how can we do this? Let’s use Man Utd as an example. At first, we multiply their attacking strength rating with the defensive strength rating of Man City. After that, multiply the previous calculation with the average number of goals scored by home teams in the Premier League. We can predict the expected number of Man City goals in a similar way. Below you can see the exact formulas for both calculations.

Predict the expected number of goals in the Manchester Derby

As you can see from the above, Manchester United is expected to score 0.64 goals in this match. Manchester City, on the other hand, is expected to score 2.10 goals. In other words: Man City are very likely to score more goals than Manchester United. They are obviously the favorites to win this match. This is interesting, but how can this be used to predict football matches? Thus, based on the above, what is the actual winning probability of Man City?

In this first guide we have learned how to predict the expected goals for the Manchester Derby. In part 2 of this series we will also find out how to correctly predict football matches by using the Poisson distribution. We will use the results from this guide for predicting the Match Odds market (i.e. home win, draw, away win) for the Manchester Derby.

Hopefully you have enjoyed this betting guide. As always: if you have any questions you can either reply below, or send me an e-mail: [email protected] Feedback is always welcome!